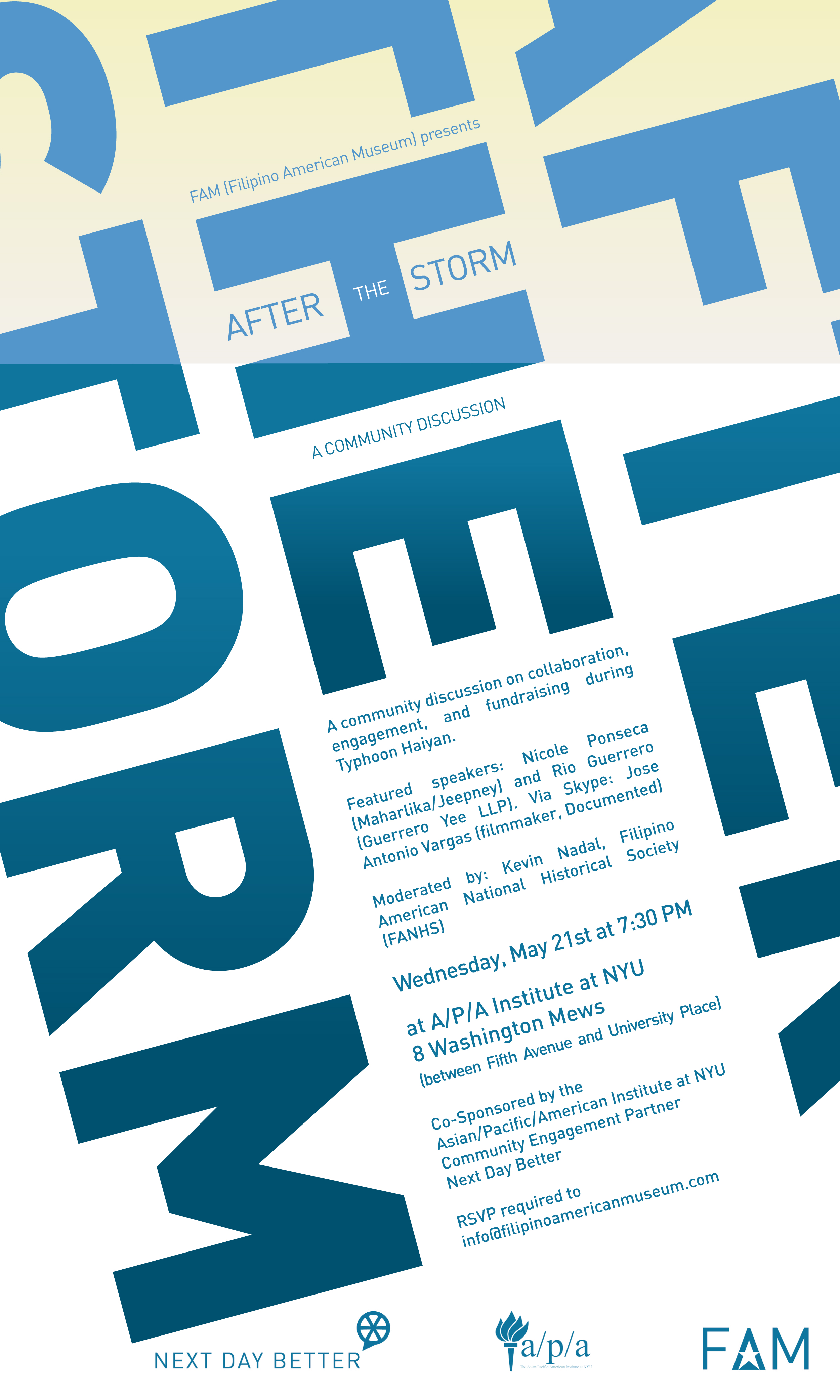 On November 8th of last year, Typhoon Haiyan made landfall in the Philippines.  It was the deadliest typhoon in Philippine history, causing billions of dollars in damage.  In the week that followed, Americans had donated over $33 million to relief efforts. In a critical look at how the Filipino American community responded to Typhoon Haiyan from a networking, community building, and fundraising perspective, FAM asked : how can we learn and become more effective for future efforts? At A/P/A Institute at NYU, a moderated panel culminated in breakout sessions and a town hall style open discussion with 20+ organizations and individuals that were involved in Typhoon Haiyan relief efforts.